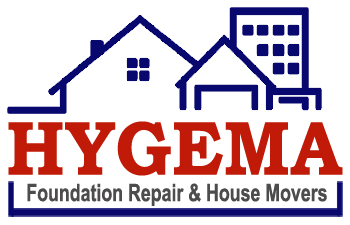 The corner of Eutaw Place and San Jose Boulevard was hopping Feb. 5 as neighbors gathered, some for hours at a time, to watch Hygema House Movers transport one of the Colonial Manor community’s most historic homes to a new resting place facing Eutaw Place.

The house, which formerly sat towards the back of a spacious lot encompassing four residential parcels that faced San Jose Boulevard, had been rotated 90 degrees and was moved inch by inch a distance of 150 feet so that it could find placement on two house lots at the corner of Eutaw Place bordering San Jose Boulevard. The other two house lots, which will also face Eutaw Place, have already been sold and will be developed by individual homeowners.

Owned by Alan Cottrill and his wife, Ellen, the home, which was built in 1936, is one of the oldest homes on San Jose Boulevard. The Cottrills, who own River City Contractors, purchased the house and surrounding property in the summer of 2018. According to the Duval County Property Appraiser website, they have subdivided the land into three parcels and sold two – 1118 Eutaw Place to Danielle and Jacob Williamson for $182,500 and 1124 Eutaw Place to Christian Allen, Inc., for $185,000 – while moving the historic home to its new address, 1106 Eutaw Place. It is the couple’s intention to renovate the home and sell it, said Ellen Cotrill.

The property and house, which was previously located at 4001 San Jose Boulevard, had been a hot commodity in the eyes of several local developers. The home was previously owned by Chester Lovell, who lived there for at least 20 years with his daughter, Crystalyn. Lovell had big plans to renovate his home, and actually completed some demolition of the interior before passing away a few years ago and leaving the property to his daughter.

Cottrill’s offer of $445,000 was not the highest one entertained by Keith Johnson, executor for Lovell’s estate, but it was the most favorable because Cottrill had guaranteed within the purchase and sale agreement that the home, which was admittedly in “tough shape,” due to Lovell’s demolition work, would be saved from the wrecking ball, said Jon Singleton, the realtor involved with the transaction. Johnson, who handles all of Crystalyn’s affairs, said it was the strong desire of both Chester Lovell and his daughter that the home not be torn down.

“We bought it as an investment.,” said Ellen Cottrill. “Our original plan was to move the house forward because it’s such a huge lot and had such a huge front yard. Then we realized it was actually four lots and that people were interested in buying the other lots, so we turned it into three lots,” she said. “People wanted to buy it and tear it down and put four houses here, but it was really important to us and our construction company, River City Contractors, to keep the old house and keep the integrity of it.”

Erected in 1936 by Lionel Eyrie Brooks and his wife, Blanche, the home is one of the first to be built on San Jose Boulevard, said Kay Brooks, daughter-in-law of Eyrie and Blanche Brooks.

“My husband was born in 1937. Blanche was pregnant with my husband when they had the house built,” Brooks said referring to her husband, Eyrie Jr. “She had Eyrie in Riverside Hospital, and they built this house to bring my husband home to.”

The bricks used to construct the original edifice came from an old building that was being demolished in Downtown Jacksonville at the time, she said, adding that her father-in-law owned Brooks Auto Sales, a used car lot on Main Street and Union Street. “My husband learned the business there. We’re Arlington Toyota,” she said of her family’s business. 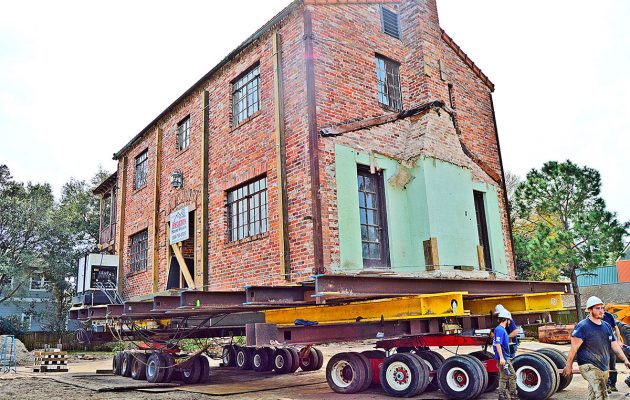 When the Brooks built their home, their property extended all the way to Gadsden Road. “The garage was behind the house and the whole block was owned by Mr. Brooks,” she said, noting her husband grew up in the house, and she grew up in the adjacent Granada subdivision. When she was married, she and her husband moved to an apartment above the garage in a building located at 1130 Eutaw Place that was torn down last year. Eventually the elder Brooks allowed them to build a home on their property at what is now 1131 Preston Place, and she and her husband lived there 27 years, she said. “It was like a one-family compound,” she added.

“There was a gazebo out in the yard. It was a beautiful piece of property when they owned it. It was a beautiful home. It was so homey. Blanche would have us all over for Thanksgiving. It had a huge kitchen with a breakfast room. It was built for the way families used to be, and we would sit out on the porch,” she said, referring to the screen porch on the right side of the home that had catenary arches made of brick. “They had fans on the porch, and we would sit on the wrought-iron furniture.”

At the time the home was built, there were only two houses on San Jose Boulevard – the Brooks home and one in Granada owned by the Howard family, she said. “Living on the river wasn’t desirable back then like it is now,” Brooks said. “No one built their homes on the river. They would rather be on San Jose Boulevard. The river was worrisome because they had a fear of prowlers. They did not feel it was safe.”

Roads like Eutaw Place and Preston Place, adjacent to San Jose Boulevard were not paved, she said. “When you came home from school, we never locked our doors. As a neighborhood, it was just wonderful.”

As it is now, the approximately 2,500-square-foot home has three bedrooms and two baths upstairs and a powder room downstairs, while the screened porch on the side has been permanently removed, said Hilda Ettedgui, a residential architect who has drawn up plans for the renovation. “The porch could not be moved because of the city setbacks,” she said. “The idea is to have an addition on the back that will integrate perfectly with the style of the house and include a master bedroom.” The addition will be approximately 800 square feet and a garage will also be added in the rear of the home. The wooden balcony on the front of the home will be saved and restored as it is. Also saved will be the red roof tiles that originally were brought in from France.

“The entire house needs to be renovated entirely. We are keeping the integrity of the house and the style and the sizes of the rooms – the layout itself – and just adding to it,” she said.

Cottrill said she and her husband loved the house and are happy to either try to restore it or sell it to someone pre-renovation. “It’s such a beauty, and there is so much chatter with the tearing down of old buildings and the Landing and all,” she said. “We are thrilled to be able to do this.”